It was May and we found ourselves back in Busan. It was an unexpected and rather impromptu trip, but we felt very blessed to be back. As I’ve heard so much about Daejeo Ecological Park (대저생태공원), a public park famed for its seasonal flower fields, we decided to visit the place… even though I was well aware that the Canola flower season was almost over!

For the uninitiated, the park boasts an enormous 760,000 square meters of canola flower field and is also the venue of the annual Nakdong Canola Festival that takes place in mid-April. Hence, the best time to visit this park is in mid-April. We were just about 2 weeks late! So I decided to press on and went ahead to visit the park.

Now before we start, let’s take a look at the pictures of the annual Nakdong Canola Festival, to get an idea of what it is like when you’re visiting the park during peak bloom.

Daejeo Eco Park is located along the riverbanks of the Nakdonggang River next to Gimhae Airport in Busan. It is a habitat for migratory birds and is made up of various waterways. It is a park that is well planned with different areas of different types of flowers that bloom in different seasons.

Visiting the Park in end-April or early-May

It turns out that visiting the park from end-April to early-May can be quite pleasing! While the bloom was certainly not as glorious, the gentle movement of the tiny yellow flower buds as the warm spring breeze drifted through the field was strangely calming and relaxing.

As it has already passed the flower season, we have the field to ourselves for almost the entire time when we were there! We had a great time experiencing the healing power of nature at this park, which I don’t think you’d be able to experience when people are flocking to the field for photos during peak season.

Picnic At the Park

We also packed some light snacks to the park ourselves and enjoyed a mini picnic session there. As the entire park is quiet during off-peak season, you may want to pick up some snacks at the convenience stores nearby the subway station before entering the park. If you’re visiting during the festivals, you should be able to find snack booths in designated areas!

For those who’re curious, we bought the Wine in a Glass from a wine shop at Haeundae Market!

Writer’s Note: While it would be fun visiting Daejeo Ecological Park during the annual Nakdong Canola Festival, visiting during the off-peak season from end-April to early May certainly did not disappoint. However, I would not recommend visiting the park after the first week of May as the flowers may be withered by then.

During April, August and September when there are flowers blooming in the park, you can also visit the nearby Nakdonggang River Rail Park, where you can pedal on train tracks while taking in breathtaking views of the park. 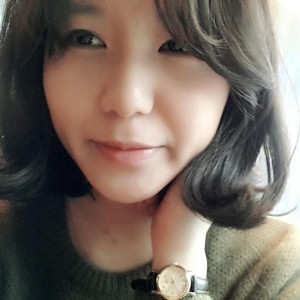 I am an ex-journalist, a professional marketer by day, a content creator by night, and an advocate for foundation free skin.

Rakkojae Seoul: A Hanok Stay at a 130-Year-Old Property at Bukchon Hanok Village

Things to Prepare Before Travelling to Korea 2022